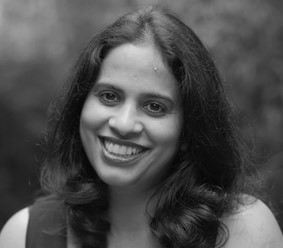 It is no mean feat to run a media agency these days, never mind the biggest international one in China, and then do that across the multiple cultures of Asia-Pacific at such scale.

It was this diversity of leadership experience we were delighted to sit down and talk to Amrita Randhawa about as part of the Grace Blue Inspirational Leaders Series. Particularly as Amrita has recently made another great leap to lead the Publicis Groupe across nine markets in Southeast Asia as its new CEO at holding company level, having spent the last 16 years with Mindshare, including eight years as Chief Executive of China before taking on the entire Asia-Pacific network from 2018 until summer this year.

We talked to Amrita about her journey, her influences, her lessons, and making a big investment (“her life”) in Southeast Asia, which accounts for almost 700 Million consumers and the next big wave of new economies and growth in the region.

Having moved from Shanghai to Singapore a matter of weeks before our conversation, we had to start by asking the impact the last 18 months had made on Amrita’s life professionally and personally given she was running a multi-market business from China during a global pandemic, and how this influenced evaluating the next step for her as a leader at such a time of flux.

Amrita shared that she has been on a “journey”, and explained that she like many, had reflected on her personal purpose and what was important in terms of the work and her focus going forwards. For her this was about building. About figuring out how to liberate and unlock a group of diverse capability, markets, and cultures so the whole becomes greater than the sum of its parts.

We delved back into the past to hear about Amrita’s own leadership journey and how her experiences have allowed her to draw out a number of themes which have influenced her approach as a leader today; as a client partner focused on craft at the earlier stage of her career, as a Chief Executive in China building a business (at huge scale), and then in APAC (even bigger scale and greater diversity).

Having spent time with Amrita over the years, we had always been in awe of the growth of Mindshare in China; another new business line or cutting-edge specialist practice to embrace the unique innovations and opportunities afforded by the market. But Amrita explained how this comes down to leaders who identify potential. Leaders who see more in their people than they see in themselves – a key lesson Amrita had been subject to herself when she was asked to take on the leadership of Mindshare China as CEO (having not led a market before). Amrita spoke about how this inspired her to lift-up those in her team, listen to ideas, shine the spotlight on them and be generous with opportunity. This had a significant business impact for Mindshare China, in one such instance leading to the development of the gaming practice in the agency.

Eight years as a Chief Executive in China have been a hugely influential experience for Amrita as a leader. And the lessons from her time there are both specific to the market and have equipped her for her future roles, both leading a network across Asia Pacific and now broadening out capability for the Publicis Groupe at a holding company level.

We talked about taking the leap for the next challenge to stretch yourself as a leader so you don’t wonder “what if?”, having the humility to listen and learn (key as an “expat” in China) to identify themes which inform the plan. We discussed the importance of the team as it is not a market where you can go it alone – the speed and scale demanded by China means you need the team to succeed. And we considered the “humanity” she witnessed from the most empathetic global leaders who, when the pandemic hit China in early 2020 but the reality had not quite dawned on the rest of the world, reached out to their teams in China and the broader region to offer support and strategies on how to face such an unprecedented moment in time.

Looking forward to her new role, we discussed with Amrita that it will indeed be a bonus not to wake up to 5am WeChat new business requests to be turned around the same day (sometimes that’s just the pace of China), but exciting to dive into Southeast Asia at a time of tremendous opportunity to leverage the cross capability offering in her new group, and curate the most appropriate skills and talent around clients’ business challenges.

Amrita talked about the opportunities afforded by the next chapter for growth in Southeast Asia. Not only due to the collective population size of the region, emerging middle classes, and the youth across all markets; but the level of homegrown innovation and digital adoption leading to “new economy” sectors developing across markets such as Indonesia, Malaysia, Vietnam, and the Philippines.

From a leadership perspective, it’s the people and teams, unlocking the diverse talent, skills, and capability which Amrita is looking forward to the most. We spoke about diversity and inclusion, and how nuanced this is across the nine markets under her stewardship. Whether it be (but not limited to) socioeconomic, gender, ethnicity, or neuro diversity, it is crucial to identify how this is linked to overcoming challenges in a particular market, and what you are looking to enable to drive meaningful change in your business.

It was a privilege and a pleasure to spend time with Amrita as she embarks on the next phase of her leadership journey. And as ever, when we have the chance to sit down with her, we gained insight and knowledge, and a deeper understanding than we had before of what it takes to be an inspirational leader and build a business at such an exciting time in this part of the world.