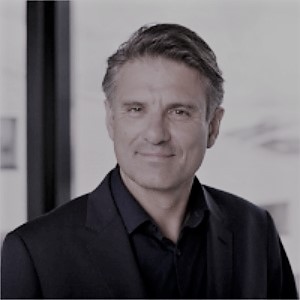 In the next instalment of our inspirational leadership series, we welcomed Jeremy Schwartz who has been a prominent figure in the consumer space for over 30 years. He held several senior marketing roles at L’Oréal, Coca-Cola and Sainsbury’s before being appointed Chief Executive Officer of The Body Shop for six years and interim CEO of Pandora. He is currently Chairman of a private equity backed FMCG business, Good Hemp.

Drawn from his own career experiences, Jeremy talked us through the most crucial leadership skills and capabilities needed to navigate through a crisis and which behaviours we all need to adopt in order to secure our roles and grow with our companies through difficult times.

Exploit Intelligence to do better things

Intelligence and data are vital. Often many leaders do not understand the critical importance of getting daily and weekly data from either within their organisations or from consumers. What are consumers and employees actually thinking and doing? Regular surveys need to be conducted and data analysed so that leaders can make key decisions and too often business responses and actions are crafted without sufficient and true data.

During Jeremy’s time at L’Oréal, the business was no.2 in the UK behind Procter & Gamble or Unilever for several years. Intelligence gathered suggested that if L’Oréal were to increase their marketing budgets between September and December, they would have a competitive advantage over P&G and Unilever. In January 2013, for the first time in 20 years, L’Oréal became no.1 in the UK FMCG space all thanks to this intelligence.

Work in an agile, fast way

When a crisis hits the priority is to focus on it, regardless of what else may be in the diary. Whilst at Body Shop, the executive team had been flown to Singapore for a two-day leadership meeting and to look at further store spaces. Upon landing he learnt of threats of an exposé from an Australian film crew about activists who were disputing animal testing in China for Body Shop products.  Jeremy and his team had only a few hours to investigate the claims and act.  They cancelled everything and turned a storeroom into a crisis room. Ultimately, he decided to remove all Body Shop products from duty free stores and although the animal testing claims weren’t necessarily true it was the type of situation where had they not acted fast enough then far bigger reputational damage would be created.

He went on to discuss how ‘agile’ is the most important emerging management approach for leaders to embrace. As bureaucracy, internal politics and employees “requiring permission” slow traditional companies, the nimble tech agile disrupters take market share. If every business could work in the agile way that Silicon Valley does, we would significantly reduce dead time and execute faster. At Sainsbury’s Jeremy was able to roll out 400 new products across all categories in 3 months simply through using only 15-minute meetings with his Chief Executive, Justin King to make go/no-go decisions.

The Global pandemic has shown us that “the impossible” can happen, that companies and people can make “their own impossible, become reality.”  So often the only obstacle that stops the impossible from becoming a reality is mythology: every business has myths, paradigms and unsaid rules. At Pandora he was told the brand logo couldn’t be changed and celebrities couldn’t be used as brand ambassadors. Having investigated it became apparent this was a myth, and he instructed the teams to change the logo and engage celebrities. At a time like this, more than ever we need to ensure myths do not get in the way of innovation and commercial business growth. Crisis force us to eliminate the concept of “impossible” – as the saying goes: “The impossible I can do straight away, miracles take a little longer.”

Now lastly – how do you survive in your job at this time of change?

Jeremy concluded by saying that expertise in E-commerce, digital and social platforms is vital for every company to succeed in this environment. We now have to re-train and re-skill ourselves more than ever if we are to secure our value to companies and protect our careers.

Jeremy made a final point that: aside from tragic personal losses from Covid 19, for business leaders the lockdown experience will have taught crisis management skills and leadership behaviours that we can use repeatedly.