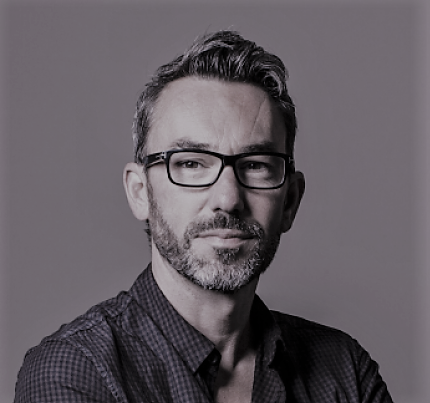 Last week we welcomed Jon Burley to talk to us about leadership. As our first creative leader we were keen to hear how Jon ended up in advertising and were delighted that the answer was… largely by accident, after a short-lived career as a local tax officer and some sage advice from his mum!

What does it take to be a truly brilliant creative leader, we asked Jon. His perspective was that so much of the job is managing the careers of those around you. The challenge is in striking the right balance between giving younger creatives autonomy and space to be brilliant, at the same time as gently steering them in the right direction. This is not always easy, and Jon talked about how there is very little training afforded to creatives as they get more senior and are learning how to lead. Jon believes that if you can get this nuanced approach to leadership right, and in combination with being a true partner to your client, that is when you can be transformational.

We had asked Jon in advance to talk to us about some of the work he has been involved in that he is proudest of, and why. Jon’s choices were of course all brilliant and what was most interesting was hearing his reasons for including them. Take, for example, Bad Press for the Prince’s Trust. This came about because of a placement programme he had pioneered (whilst at CHI) to bring non-advertising creatives into the agency, in this instance theatre directors. It is a wonderful example of what can happen when diverse minds, not constrained by traditional ways of doing things, approach a problem.

We were also keen to hear from Jon what work he has loved in recent years that he had nothing to do with. He had a host of wonderful examples, with Viva La Vulva standing out as a firm favourite. Beyond the joyfulness of the campaign and the flawless execution, it’s the fact that it means something, that it has purpose but in a totally genuine way (not as a route to an awards haul) that positions it amongst the very best campaigns.

How do you know when you have an idea that is really good, we asked Jon. His answer was that there can be a myriad of totally sensible solutions to a problem, but they will not give you the excitement of the winning idea. So how do you get to that winning idea (we persisted)? Jon talked about a fear of being average and about how from his days at HHCL he has always sought to take a risk rather than be average. With this approach there will of course be moments where it doesn’t work, but when it does it has the potential to be magic. If you try and avoid failure by playing it safe then you won’t take the risks that brilliance often requires. As a creative leader, Jon believes you should take responsibility away from your teams; you worry about whether something is right or wrong and give them the freedom to be brave. It is this culture of bravery which he believes will encourage the best thinking.

We have heard a lot about what the industry might now look like post COVID and Jon’s perspective was a positive one. Now that we have proven that working remotely actually works, might that allow younger people who otherwise wouldn’t have been able to afford a move to London to enter the industry, thus encouraging diversity. Ultimately it is those business which gather diverse minds and create a culture which embraces a richness of thinking which will prosper in the long term.

Jon finished by talking about how the advertising industry has a tendency for self-criticism, sometimes even for prophesising its own demise. Coming out of this crisis, he pondered, might we be reminded of what the industry is brilliant at, and the unquestionable value it has for brands.