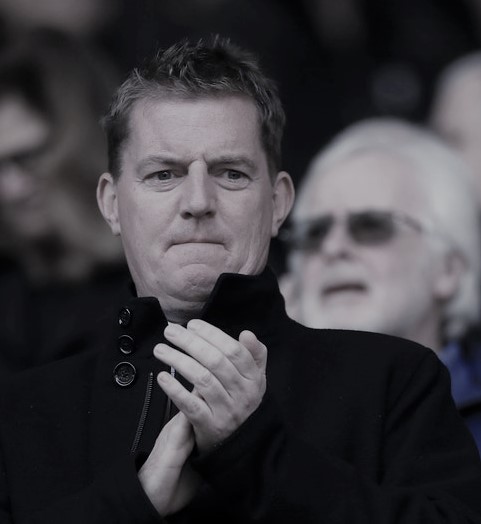 As a continuation of our inspirational leadership series we welcomed Martin Semmens, Chief Executive of Southampton Football Club, to talk to us about what great leadership means to him.

We were fascinated to hear from Martin about his earlier career as an entrepreneur and marketer (Martin founded Elvis Communications in 2002) and how he has used and built upon that experience in his current role, heading up a premier league football club.

Martin began by talking about when he set up Elvis the vision was to challenge the status quo and take on the larger, corporate networks. He attributes his success in achieving this in part down to a lack of fear. He said that although he was very young he didn’t feel intimidated by those around him or scared by what he had to do, and as a consequence was able to do things in the way that he felt was right, unencumbered by pressure to behave like anyone else.

Similarly, when Martin moved to Southampton, he was very much an outsider to the business of football. For many this inexperience would have made them nervous, but Martin believes it worked to his advantage. He thinks that not having followed the typical path into football lent him an upper hand because he didn’t have to behave in a certain way, in fear of not living up to expectations. Instead he was able to approach the business of running a football club with a fresh perspective, free from the constraints of assumed, entrenched ways of doing things.

Listening to Martin it was clear to see how this lack of fear he talked about, must in part stem from how genuinely authentic he is, and indeed Martin talked a lot about the power of authenticity in leadership. He believes that not pretending to be anything other than what he is, in all situations, and as part of this acknowledging both his strengths and weaknesses (and building teams around him to complement those) has been enormously important in his career. He added that being yourself with people, whether employees or clients, will help in forging connections and forming stronger relationships for the long-term.

It is important to Martin to really understand the people around him and their individual needs and behaviours. He talked a lot about personal motivations how what works for one person might not work for another. In discussing the future of home-working in the post COVID:19 world, for example, he talked about  what might work for him as a father of four (who is enjoying being more present) might not work for someone just starting out in their career, and how this all needs to be taken into account when deciding any future course of action.

Martin puts a great deal of emphasis on transparency in leadership and how important he feels it is to be clear and honest about what you are doing or what you are trying to achieve for the business. Never has this been more vital than in the way Southampton dealt with the COVID:19 crisis. They were the first premier league club to announce that the board of directors, first-team manager, coaching staff and the entire first-team squad would defer part of their salaries for three months to help protect the future of the club and the salaries of the wider staff. Decisions were made quickly and efficiently and communicated with maximum transparency.

Martin’s approach engenders enormous trust from the people around him. The same is true in reverse. He believes that when you have the right people in place you need to trust in them to do their jobs and allow them the space to make decisions.

Authenticity, transparency, and trust were the key themes from Martin and regardless of whether you were a Saints fan or not, we all finished the talk wishing the club the very best of luck with the next 6 weeks as  the football premier league returns.