Advertising has an ageism problem 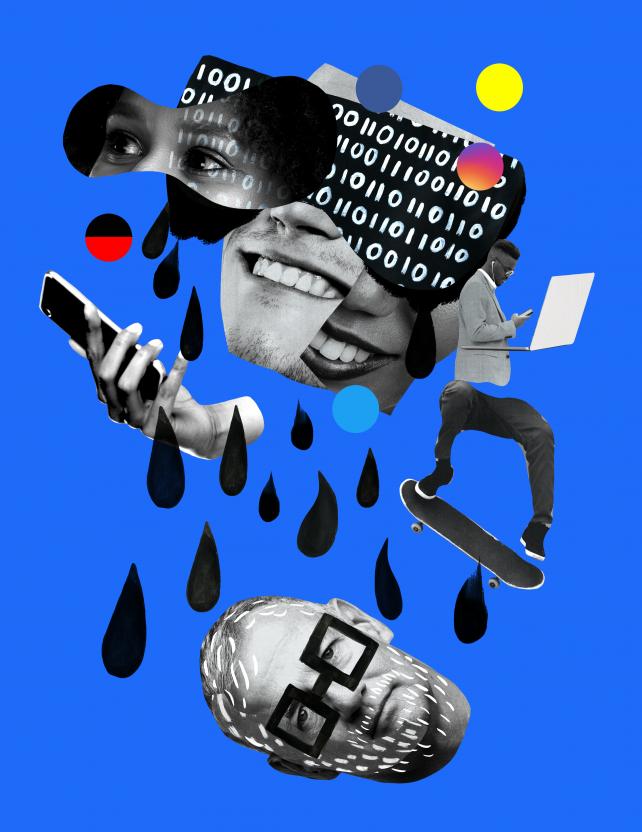 Laura Bensman has worked in the advertising industry for more than three decades, but in all those years she has only attended one retirement party. There’s a reason for that: In advertising, and at agencies in particular, it’s rare employees ever reach retirement age. They’re often squeezed out long before.

“It’s a Peter Pan industry,” says Bensman, a Naples, Florida-based senior writer who turned 57 this year. “Young people come in and [older] people trail off. It just keeps filling the funnel, and fewer people rise to the top and some people just burn out and get let go.”

While age discrimination certainly occurs in other industries, in advertising it’s on “steroids,” as Bensman puts it. The issue has long taken a back seat to other biases, such as sexism and racism, but it’s getting more traction as the latest “ism” in need of reform as ad industry crusaders push back on the persistent displacement of older workers. In 2017, the majority, or 63 percent, of workers in advertising, public relations and related services were under 45 years of age, according to the Bureau of Labor Statistics. The median age in the category was 39.2—roughly the same as a decade earlier. (By comparison, the median age in accounting, including tax prep, bookkeeping and payroll services, was 45.) Insiders cite a variety of reasons for behavior that puts youth on a pedestal and shows older workers the door—cost efficiencies, a focus on creatives who are digitally native and a pressure to rise to management level at a certain age for people who may not want to do so, among them. But most industry players agree that ageism is one of advertising’s sad truths.

“There’s so much focus on digital and diversity by sex and race, that the age conversation remains in the background,” says Jay Haines, founder of executive search firm Grace Blue. “So much great progress has been made [on the other issues] by high-profile leaders who have engaged with it, but no one has engaged in the same way with ageism.”

Broadly speaking, age bias accounts for nearly a quarter of overall complaints against employers. Last year, around 22 percent of discrimination charges received by the Equal Opportunity Employment Commission for all industries claimed age discrimination—a figure that has held steady for the last two decades, a spokesman says.

But lately, a quiet movement has been forming in advertising. In October, Suzanne Hernandez, a 60-year-old former employee of WPP-owned brand consulting and design firm Landor sued the agency, alleging age discrimination “is standard in the industry,” according to the lawsuit, which was filed in the Supreme Court of New York.

That same month, New York agency Oberland created a video illustrating blatant ageism as part of a larger series meant to drive awareness to issues of discrimination and diversity. It’s painful to watch. “The grandkids gave you some pointers?” a young interviewer rudely asks a 43-year-old job applicant. And Cindy Gallop, the founder of If We­ Ran the World, announced that she’s tackling the issue with a new initiative around #DisruptAging with AARP.

“We’re at a point where people are absolutely prepared to challenge this,” Gallop says.

She could be right. As more brands implement mandates for more diversity in ethnicity and gender on their agencies, experts say marketers may begin demanding greater age representation as well. Gallop says she has begun hosting dinners with industry leaders and creatives to brainstorm ideas around tackling age issues.

“There’s a groundswell of people pushing for more diversity and that could mean older people,” says Angela Johnson, president, New York, at McGarryBowen, though she notes she has yet to actually have a client request that older employees work on an account.

Much of the bias toward younger workers is a result of digital advancements that have transformed the industry over the last two decades. Both marketers and agencies are eager for tech-savvy youth who look the stereotypical part of creative hipster, hoodie and all. That doesn’t always translate well for anyone sporting a few gray hairs. Bill Oberlander, executive creative director of Oberland, says the digital stereotype is still a contributor to ageism, despite the fact that many in the industry are already well-versed in digital channels. Oberlander co-founded his agency four years ago at age 55 with then-33-year-old Drew Train, the shop’s president, as a way of incorporating energetic youth with his own seasoned experience.

The rise of the holding company model has also been a factor, says Oberlander.

“The holding companies bought up the agency world and decided to crush the margins and squeeze out as much overhead cost as possible,” he says. “Executive creative directors versus creative directors, creative people—that whole layer got whacked.”

And of course, there’s cost. With more marketers taking work in-house, agencies have come under pressure to hire cheaper. Candidates with experience ultimately cost more, or at least they look like they do.

The client side of the industry may not be dealing with the same discriminatory practices—at least not in the same way. Since the tenure of chief marketing officers is so short—few last more than four years with one company—age isn’t such a concern, says Richard Sanderson, a consultant in the consumer and marketing officer practices at executive recruiting firm Spencer Stuart. He notes that age rarely comes up in his conversations with clients around hiring, and that some older CMOs in particular are brought on board to lend a more mature presence, for example, at startups. Antonio Lucio, a veteran marketing executive with more than three decades of experience, was just hired at Facebook as CMO.

That’s one reason why Sanderson is seeing more interest from agency executives in client-side roles. “The number of unsolicited resumes I’m getting from very senior agency leaders over the last 12 to 24 months continues to astound me,” he says. He notes that there may be more appetite for senior roles on the client side due to more ad work going in-house and resulting agency cutbacks.

Of course, job listings don’t refer to age overtly. The insinuation is more veiled, with excessive terminology around millennials and the ominous omission of the word “experienced.”

“It’s couched in such code—you’ll hear they must ‘be culturally connected,’ ‘grew up in a social age,’ ” says Grace Blue’s Haines. “When you do present candidates that are more experienced, you’ll get feedback that ‘they’re not a cultural fit,’ for example.” Indeed, as one agency veteran says, “Digital is just a clever way to weed people out now.”

When Bensman recently tried to find a full-time position at an agency after several freelance gigs, she was given a litany of excuses. She was too expensive; hiring managers, also older than 50, were worried about their own jobs; and there was a concern she would not be comfortable reporting to a younger manager.

“There was an expectation in life of roles you just play,” she says. “You’re supposed to do things a certain way.” Bensman would rather be a creative than a manager, but in most agencies staffers either move up the ladder into management positions or they move out, she says. Though the industry attracts many for its creative opportunities, those same workers are often at a disadvantage as they get older and find that the most senior positions are for managers.

“At a lot of places, there are the pressures on you to manage bigger and bigger teams,” says Johnson, noting that the industry needs to tell workers that “you can be an individual contributor—we value you at your skill and you don’t need to be a manager.”

Today’s younger workers aren’t immune to the pitfalls of aging either. In fact, many are wise to it early on. Ad Age recently profiled a young female creative director who asked that we not include her age in the piece—she was 32. The creative, who wished to remain anonymous for this article, knew that any light Google search in the years to come would reveal her age to all potential employers—and most likely limit her opportunities.

“The reality is that a lot of people don’t want to hire you when you’re older,” she says. “When you’re in your 40s, 50s, 60s, people don’t think you belong in certain industries, and advertising is one of them.”

Sometimes age-related awards, including well-known franchises such as “30 under 30,” or “40 under 40” (which Ad Age itself presents annually) can only exacerbate the issue, critics say. One of them is Rosemary Abendroth, a New York-based brand reputation executive, who says such features are discriminatory to others, and especially alarming in an age of #MeToo and diversity and inclusion. Abendroth maintains that such labels perpetuate age-related bias.

“If we truly have zero tolerance for discrimination, we must stop putting people in boxes and simply support remarkable achievements,” she says. “Success is ageless.”

The implications of age discrimination go far beyond just adland. If older individuals are creating the ads that regular consumers see, they may be more likely to steer clear of typical ageist tropes and stereotypes.

“An advertising industry that’s ageist, unfortunately, is able to very effectively translate that ageism into attitudes and behavior of society as a whole,” says Gallop.