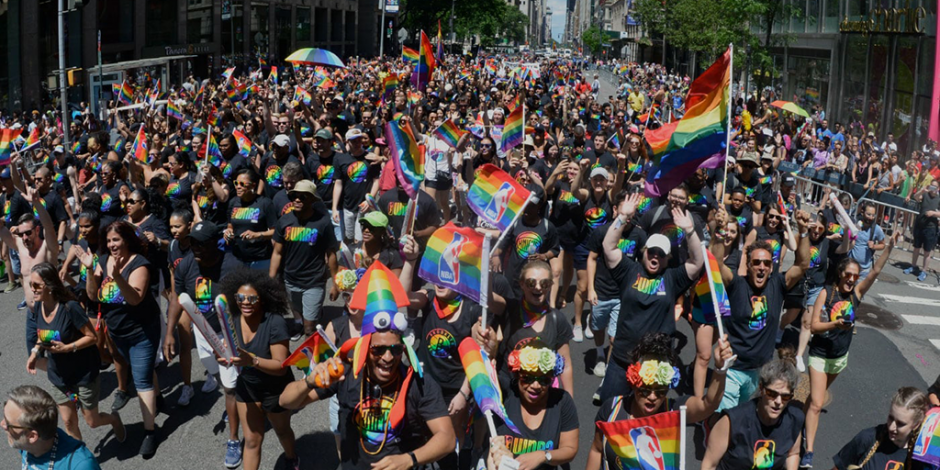 Harnessing its vast experience and track record in the advertising and marketing industries, global executive search and M&A advisory firm Grace Blue is expanding into the sports and gaming industry, a unique opportunity as, according to PwC, the North American sports industry is poised to grow to over $78bn by 2021.

With deep experience in the field, Eric Guthoff recently joined the firm as a partner from GlideSlope, a global sports advisory firm he co-founded in 2010. Guthoff and Grace Blue will point their efforts towards improving diversity in crucial roles in the sports industry.

“I joined Grace Blue because they have the know-how and capabilities to prepare the industry I’m passionate about in an evolving market,” said Guthoff. “Talent is the bridge that will take sports organizations into the future, but the current pool lacks diversity and often falls short in areas such as digital marketing, data utilization, and content strategy — all critical to growth in this new world.”

Added Claire Telling, co-chief executive of Grace Blue: “There is an incredible convergence in the world of sports, media, and technology right now. Grace Blue will help sports marketers proactively recruit transformative leadership talent and acquire the companies that will keep them ahead of the evolving landscape.”

“That’s definitely having a positive effect,” said Guthoff. “However, you still go to conferences — and in the sports industry everyone will tell you this — the panels and attendees are mostly dominated by white males, and that is not something that anyone would tell you isn’t of interest to change, but it’s going to take a collective approach to do it.

“[GlideSlope] opened my eyes to the gap in talent in the sports industry and there is a great opportunity to bring diverse talent and new capabilities in. The conversation has started, and people are making good and diverse hires — and it’s the start of a great movement — but there is a long way to go in sports and gaming.”

Though Telling pointed out that there isn’t hard research in sports, similar to the advertising industry and 3% Movement studies. For example, the industry is under a consistent microscope for hiring practices by The Institute for Diversity and Ethics in Sports (TIDES) at Central Florida University, led by Dr. Richard Lapchick

In its most recent ‘Racial and Gender Report Card’ studies, the NBA scored an overall grade of A- in 2017, with an A for racial hiring practices, an improvement over the previous year. The NFL received a combined B grade, scoring high in racial hiring but lagging behind in gender. Major League Baseball (MLB) lagged behind with an overall grade of C+/B- in 2018, with Lapchick saying: “It has been 71 years since Jackie Robinson broke the color barrier in baseball and today it is as vital as ever that we remain focused on the dream he set forth for the sport. He saw a future where a diverse mix of people participated in baseball at all levels including on and off-field roles. [This] shows baseball is moving in the right direction, but there is still a long way to go to achieve Jackie’s goal.”

The relevance in the marketing world is critical as sports, and their associated audiences, continue to fragment and change. Preparation for today and the future — future-proofing for change — is something that Guthoff has discussed with industry leaders and C-suite.

“[It’s important] to prepare a marketing department as an organization for the now, but also thinking about it five years from now and building a roadmap to understanding how an organization will better connect with fans and create new revenue streams,” he said. “This isn’t reactionary; it’s a conversation that we can have to help them today and help them build over the years.”

To that end, Guthoff sees the most significant opportunity coming from a wide range of disciplines, but particularly talent that can do many things while keeping up with the pace of sports and marketing.