Agency Revenue Up But Growth Rates Are Slowing 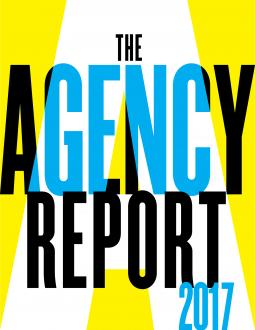 U.S. agency revenue and digital revenue increased again in 2016, according to the Agency Report 2017, but the pace is slowing amid the rise of consultancies, compression of spending by marketers and added competition from new agency models. Revenue growth for agencies was the slowest since 2013 — and digital revenue growth slid to 8.0% last year from 13.5% in 2015.

“Agencies have dropped the ball,” said Brigitte Majewski, VP-director of research at Forrester Research, arguing that agencies have not adapted to brands’ data and technology needs and that they are too fragmented. This is giving an opening to new rivals like creative crowdsourcing firm Tongal, as well as consultancies such as Accenture Interactive and Deloitte Digital.

Holding companies have been making “great progress in consolidation,” said Majewski, referring to the ongoing trend of agencies – including Publicis Communications, Ogilvy and Havas – merging under a single P&L model. Still, she said, it can take time to work out all the kinks and to educate clients about these new structures.

And the blame is not all on agencies. “It takes two to tango,” said Majewski. Brands keep wanting more, yet they keep putting fee pressures on agencies, she said, especially in the digital space.

Brian Wieser, senior analyst at Pivotal Research, said marketers have increasingly scrutinized all costs incurred with agencies and worked to reduce them. “Because digital-related activations account for a large share of agency activity now, any attempts to reduce fees will have some impact on less growth and spending, if not some declines,” Wieser said.

Another side of it, said Majewski, is that some brands have been pulling back on digital spending and returning to TV. “We can’t imagine that digital would grow infinitely forever for holding companies,” she said. “There’s only so many hours in a day for a person to be looking at a device, even multiple devices, at once.”

Digital is generally labor intensive and requires a large head count, so its slowing growth could also prompt agencies to trim their ranks or convince talent to stray toward industry disruptors. Ad Age’s Agency Report 2017 shows that digital media employment had its lowest growth since 2009.

Jay Haines, founder of executive search firm Grace Blue, said the world has changed dramatically since 2009. There are “so many opportunities for best-in-class talent” to go to tech companies, like Snap, Twitter, Facebook and Google, not to mention any of the major consultancies, he said.

“I hope this forces the people working in traditional networks or companies to retrain and make greater investments in the training and development of those who have been in the industry for many years,” Haines added.

One way agencies may try to halt the revenue growth slowdown is through mergers and acquisitions, a strategy that would be good news for Grace Blue, which also has an M&A practice. “Agencies have to continue to show top-line growth, and M&As provide agencies with revenue where revenue is slowing, and it enables them to round out or contemporize their offerings, so there’s double reason to do it,” Haines said.

And while it may be tempting for agencies and holding companies to try to merge with smaller consultancies in order to compete with consulting giants like Accenture and Deloitte, Haines said they should look at areas like content creation and distribution and socially driven PR instead.

“It’d be difficult to compete with PwC or Accenture because they’re old, significantly scaled and highly regarded,” said Haines. He added that consultancies may win out when it comes to commoditizing things at scale for clients, like programmatic, data and analytics, which is why agencies should focus on creativity and strategy.

“Creativity has to remain the heart of our business because that’s where we’re strong and that’s our DNA,” said Haines. “But it has to evolve into different manifestations and become part of all consumers’ experiences and how they use and engage with brands.”