Can Super Bowl success still change careers like it used to? 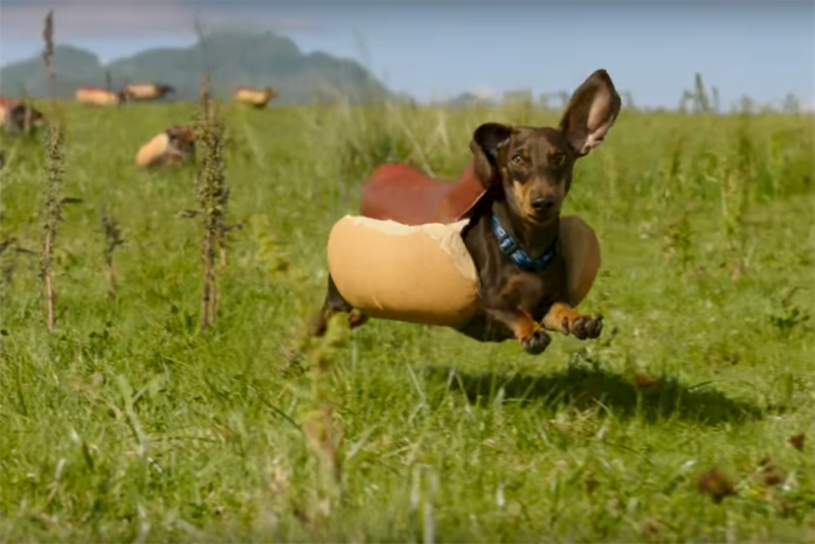 A shot at the Super Bowl can still be a game changer, but it won’t cover for a bad book.

Making a Super Bowl ad has long been a career milestone. Spots like Always “Like a Girl” and Apple “1984” have become part of the cultural landscape, living on far beyond their campaigns, and the best Big Game ads of yesteryear bestowed industry-wide renown on their creators.

But the process of shepherding a Super Bowl spot past clients nervous about getting the most from a record-setting $5 million placement can be a crucible, and a simple viral video can attract more American eyeballs than the top spots on USA Today’s Monday morning Ad Meter. Is having a hit on the Super Bowl the same career maker it once was?

“The truth is no one is going to get signed on the basis of a single ad if the rest of their portfolio doesn’t stack up,” said Jay Haines, founder of executive search firm Grace Blue. In fact, a shot at the Super Bowl is a double-edged sword – high risk, high reward. “Do a brilliant spot, and your profile undoubtedly rises” on a global stage that it’s tough to match, he said. But “do anything less and it’s a high profile failure.”

Creatives who have had Super Bowl success agree, though sometimes they find the result a bit bewildering. “It gave me instant credibility. After doing this for 25 years, it comes down to one ad,” said Innocean USA CCO Eric Springer. A creative director at Deutsch in 2011, he helped create the Volkswagen ad “The Force,” which became the most shared Super Bowl spot of all time. “It literally had no copy in it, and I’m a writer. I feel like there are other pieces that I’ve done that have moved people’s brands and helped their business that have been more successful, but that spot was just uber successful at capturing an emotional moment between people,” he said.

Despite the encroachment of streaming video, social media and second screens, Super Bowl ratings have remained strong for decades. In 2016, a record 167 million people watched some part of Super Bowl 50. Nearly half of all televisions in the U.S. were tuned to the game – that number hasn’t dropped below 40 percent since 1990. And whatever the caliber of the work running during the game, the publicity for a creative is tough to beat.

“What’s fantastic about the Super Bowl is the exposure it gives you. Everyone is going to see what you did,” said Dan Kelleher, CCO of Deutsch New York. At KBS, he led the creation of “Newfangled Idea,” BMW’s 2015 Super Bowl spot featuring Katie Couric and Bryant Gumbel. Released six days before kickoff, it racked up more than 10 million views before the game began. “Everyone watching the game shuts up when the commercials come on. It’s the only time of the year when that happens. The heads of the best creative agencies are watching, and so is your mom.”

The reflected glow from a Super Bowl success falls firmly on the agency, too. “It was really important in terms of establishing the agency as a true player,” said Anselmo Ramos, CCO of David Miami, the agency responsible for last year’s “Wiener Stampede” for Heinz. The agency was founded only 5 years ago, and the Miami office – the first in the U.S. – was only 2 years old at the time. “To be able to do a Super Bowl spot in our second year, people decided to look at us differently. It helped to accelerate our reputation as a creative shop.”

But even the best contemporary Super Bowl ads lack the cultural impact of the most popular Big Game ads from the ’80s and ’90s, said Cheryl Berman, former chairman and CCO of Leo Burnett. In 1993, Berman was responsible for perhaps the most popular Super Bowl ad of all time, “The Showdown” between Michael Jordan and Larry Byrd, who played an increasingly impossible game of hoops for the rights to a McDonald’s Big Mac.

“We had a piece of content that so connected with people that it was shared – not in the way things are shared today – but it showed up everywhere,” Berman said. It was covered on the evening news, and the catchphrase “Nothing but net” entered the vernacular in a way that “PuppyMonkeyBaby” never will.

It’s easier for ads and campaigns to go viral now, but even when they do, their impact is much shorter-lived, Berman added. The Super Bowl is fundamentally must-see TV, but now that the supremacy of television is over, the Super Bowl’s ability to affect culture is also diminished.

But the fractured marketplace of a post-TV society has also changed the kinds of ads that make it to the Super Bowl. “It’s not just what plays in 30 seconds,” said Greg Hahn, CCO of BBDO New York. “It’s everything leading up to it, the teasers and online pieces.” At Fallon McElligott in 2000, Hahn created “Cat Herders” for Electronic Data Systems, an Emmy-nominated Super Bowl spot.

“The idea has to be big enough now that it can live on in many different platforms,” he said. “That’s a big difference between what we did 5 or 10 years ago and what we do now for the Super Bowl. There are a lot more extensions that go with it.”

These days, those extensions might have more impact on a career than ever before. After “Cat Herders” aired, the spot made news when President Bill Clinton cited it as his favorite ad of the game. This year, creatives and agencies may find that the current president has opinions about their work that he can share immediately, Hahn noted.

So Super Bowl success is now more often measured by shares and views, even more so than focus groups or water cooler chatter. And its ability to change a career is no longer ascendant, if it ever was. “The AdMeter is very fickle,” Kelleher said.

Seeing a highly-ranked Super Bowl spot from a potential hire isn’t enough, said Springer. “I don’t think I would give any more credit to somebody’s who’s done a great Super Bowl spot versus a great retail ad for some little offbeat company with few marketing dollars.” Sometimes the Super Bowl is actually easier to create for, he added, because clients are more willing to spend money and take risks. “It has a tendency to be a little smoother than the everyday work,” said Springer.

Since Super Bowl ads tend to be more mass market-oriented, creative awards are actually a better measure of whether a spot will make someone more marketable, according to Debra Sercy, joint CEO of Grace Blue. “Anyone who has a client who wants to pay for a Super Bowl spot can have one,” she said.

It’s rare for an agency to ask specifically for someone with Super Bowl experience, she added. But awards show trophies still have cachet. If given the choice between a top-ranked Super Bowl spot and a win at Cannes, Sercy said, “Go for the Grand Prix.”