Talent scouts: The most powerful recruiters in advertising 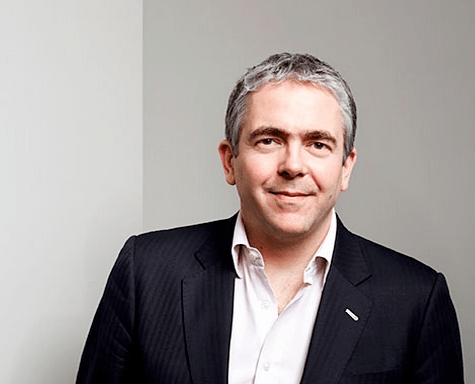 Behind every big-name hire reported in the trade press, there’s usually the guiding hand of a top-notch executive recruiter. Ask almost any top-level chief creative officer how he or she got the job, and the answer is usually, “I couldn’t have done it without this recruiter.”

For years, recruiters have ruled over some of the splashiest appointments in the agency business. But it’s not an easy job: It’s one thing to find smart creatives; it’s another to place them in an agency culture that will work out for everyone. So when creative appointments crash and burn, the blame is usually directed squarely at the talent manager who filled it.

In a typical arrangement, it is the agency that hires the recruiter — not the candidates themselves. A portion of the salary usually is paid out to the recruiter if a successful match is made.

Digiday asked some of the top CEOs and CCOs in the agency world who they consider top agency recruiters.

Dany Lennon, The Creative Register
Who: A Brit, Lennon came over to the U.S. after working in London as a copywriter and art director. She said she noticed in London there was a real vacuum when it came to creative representation — so she decided to start a recruiting firm that combined facets of talent management, agenting and representation. Lennon came to the U.S. when she married co:collective co-founder Ty Montague, who formerly headed up JWT.

How she got into the business: In 1983, she started the Junior Register, essentially a tutoring service where she would privately teach aspiring creatives the basics of art direction and copywriting, and, using her network, place them in agencies. She started getting checks, out of the blue. “I would phone them up and ask them why they were sending checks. They said: ‘We assumed you were placing these people.’”

Where the industry is heading: Lennon says while the job has remained the same, the blurring of lines among brands, agencies and entertainment has meant that traditional job roles and requirements have become fuzzy as well, making managing people and careers harder.

Carol Watson, Tangerine-Watson
Who: Watson’s specialty is in multicultural talent, which, beyond recruiting, involves management training in diversity issues. “We’re still the only company in the industry specializing multicultural talent,” she said. She does all levels of talent, creative and otherwise.

How she got into the business: Watson came from an ad sales background, having worked at Essence, The New York Times and Vibe. In 2006, she launched Tangerine-Watson. She is also the founder of ThriveV.com, a digital hub that lets multicultural talent in the industry gain access to virtual coaching and career development tips.

Her most memorable placement: Watson recalls one great candidate for a digital strategy position at Ogilvy. He needed some convincing to move agency-side, so she tried to tell him how much more relaxed and open the business was compared to life on the client-side. Here’s what may have really clinched the deal: The candidate had brought along his daughter and, during one meeting, had no babysitter. Watson stepped up: “I babysat her at the Soho House for hours. It was worth it. Thankfully he still has the job.”

Anne-Marie Marcus, Marcus-St. Jean
Who: Marcus is considered one of the top recruiters for high-level creative talent. The Frenchwoman is especially good at landing foreign talent jobs in the U.S.

How she got into the business: Marcus came to the U.S. to develop the Screenvision Cinema Network and also ran the Cannes International Advertising Festival, as it was then known, which helped her develop very high-level relationships with creative chiefs like Jay Chiat. “We’d have lunch, and they’d spend the time picking my brain,” she said. “So it started getting to my head.” So Marcus, along with co-founder Catherine St. Jean, bought recruiting firm Judy Wald Partners in 1998 and renamed it.

Where she sees the business going: “There are real constraints in our industry,” she said, referring to the intangible things that may or may not make someone a good hire. “It’s different for lawyers and accountants.” The skills in the industry have also shifted, she said. There’s more demand for tech skills for creative, which can be hard to find.

Jay Haines, GraceBlue
Who: This U.K. firm opened in New York about three years ago, specializing in both media and creative. The firm operates top-down, working with CEOs and the leadership at agencies to figure out who they need. It prides itself on global placements.

How he got into the business: Haines, who spent five years at McCann Erickson London working in new business and account management, worked with the founder of iconic recruitment company Kendall Tarrant, Gay Haines. Along with another recruiter, Juliet Timms, he set up GraceBlue in London in 2006.

Big trend in talent: “While many existing leaders in the communications space approach their careers with a lateral mindset, we find the best people are choosing to take risks and work in more entrepreneurial environments,” said Haines. “There’s an increasing desire among senior talent to influence the product they’re responsible for, and frankly that’s much harder to do in a business with 50 years of legacy.”

Sarah King, Thread
Who: A former FCB account manager who also opened her own interactive agency, King joined Patrizia Magni to launch Thread in 2007. She focuses on senior individuals on the creative side. King declined to comment for this article, citing client discretion and privacy.